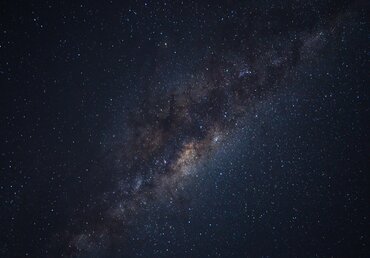 This weekend, Mercury will join Jupiter and Saturn – which formed what is known as the Christmas star – to form the triple conjunction where all three planets appear to be very closely aligned as another planetary phenomenon arrives in 2021.

“From Friday evening to Monday evening, the planet Mercury will appear to pass first by Saturn and then by Jupiter as it shifts away from the horizon, visible each evening low in the west-southwest and setting before evening twilight ends,” NASA said on their website. While binoculars may be needed to see the phenomenon, you won’t want to miss it. It is not as rare as the Christmas Star was (the last time Jupiter and Saturn were that close in proximity was 1226 A.D., almost 800 years ago), The triple conjunction last occurred just over half a decade ago in October of 2015.

You will be able to see the triple conjunction at sunset but will not be visible by the time it becomes completely dark. According to the New York Post, people wishing to view the phenomenon should find a clear horizon within 30 minutes of sunset. Position your binoculars or telescopes to the west-southwest horizon.

While the planets seem extremely close in proximity from our vantage point down on earth, they are still hundreds of millions of miles apart in the solar system. As we know, each planet is on its own track of sorts and they pass each other throughout the years as they orbit the sun. With Mercury being the planet closest in proximity to the sun, it can be involved in these sort of planetary alignments more often than the likes of Jupiter and Saturn, the 5th and 6th planets in our solar system, respectively. Barring any inclement weather, the conjunction should be able to be viewed clearly from the earth.

We hope this information on Another Planetary Phenomenon is helpful.