Skip to content
Home » life » Monocles in the 21st century 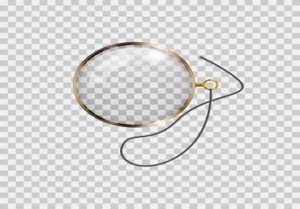 While Monocles in the 21st century are not something you see very often, they were a symbol of wealth and prosperity some 100 years ago. The history of Monocles dates back hundreds of years, and they were used as a symbol of status among elite members of society. The Smithsonian writes that, “According to a 1950 article from Optical Journal, from the beginning, the single-lens carried with it “an air of conscious elegance,” making it ripe for ridicule: “ne had the feeling the wearer was being a trifle foolish, an attitude which resulted to some extent from the fact that monocles frequently did not fit and kept dropping out of place.”

The Monocle’s impracticality is the very thing that made it a status symbol. Since it was something that was handcrafted and expensive to make, only people with money sported the single glass. Due to its loose nature and ability to fall off, most monocles had to be custom-fitted to each person’s face, which was quite costly to the customer. Therefore, only people in the highest tax brackets could afford them. While Monocles went out of style almost a century ago, there are still places today that sell them.

One major downfall of monocles is that they are difficult to wear and can sometimes fall from the eye thus leaving one visually impaired. This is why Monocles are made with a ridge that is supposed to prevent it from falling off.

According to Monocle Madness, “The monocle is designed to sit comfortably between the fleshy parts of the eyebrow and fleshy part of the lower eye socket above the cheekbone. The metal frame of the eyepiece has a protruding ledge called “The Gallery”.  It is specifically located at the top and bottom sitting proud of the mainframe.”

Retailers like Amazon and Reading Glass World still sell monocles, sparking the question: Will Monocles make a comeback in the future? While it is difficult to predict fashion trends, it’s pretty safe to say monocles won’t be making a breakthrough back into society. With advanced optical technology such as contact lenses, glasses and Lasik eye surgery, the need for monocles is lower than ever and the demand won’t be increasing any time soon. While Monocles were the “in” thing of the past, they will not be the “in” thing of the future.

We hope this information on Monocles in the 21st century is helpful.