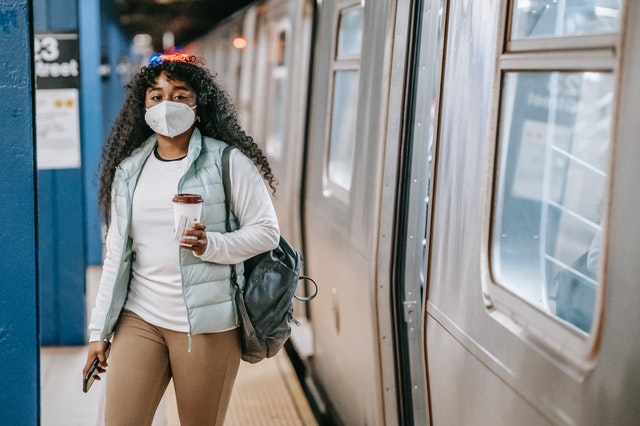 The Crawl Back to Normal

With the one-month anniversary of the day the vaccine became available for all American adults swiftly approaching, there has been a significant downward trend in the vaccination rate.  While experts say that the slowing vaccination rate was hardly unexpected, the numbers have declined enough to incite the federal government to take further action.

In an address from the White House broadcasted on May 4, President Biden announced a new plan for tackling the slowdown and vaccine hesitancy.  The plan will work to remove barriers to vaccine access and further educate the American public by focusing on three distinct demographics: young people between the ages of twelve and fifteen, adults who have struggled to get the vaccine— including the chronically ill, rurally-based, homebound, overworked, and otherwise disadvantaged— and the adults who are “less eager” to be vaccinated, meaning those with reservations surrounding its distribution.

The United States is currently awaiting FDA authorization to administer the vaccine to children ages twelve through fifteen, but President Biden assured that twenty-thousand pharmacies and vaccine sites will be ready for them the instant that authorization is given.  Additionally, he confirmed that large doses of the vaccine will be shipped directly to family pediatricians so that children can receive the shot from the healthcare providers that they and their parents trust the most.

Children– who are still considered to be at a lower risk of severe symptoms and hospitalizations than adults– now account for approximately twenty-two percent of all COVID-19 cases.  While these youths are largely able to avoid the more serious implications of the disease, that does not keep them from getting infected and acting as contact points for further spreading the virus.

“We’re not only looking at protecting those children… and getting them ready to go back to school and back into their normal lives,” said Dr. Alok Patel of Stanford Children’s Health to ABC News, “[by vaccinating them], we’re also essentially protecting everyone around those kids.  That’s other children, grandparents, parents, or anyone else who may not be able to get their vaccine.  So [FDA authorization] is an important step to getting us to as close to herd immunity as possible.”

Another thing that people may not realize is that it’s in that spreading— the spreading that children are now contributing to in large quantities— that mutations develop and give rise to more dangerous variants.  If the virus cannot spread, then it cannot mutate.  A virus that isn’t mutating is a virus we can beat.  And beat quickly.

“We have to stay on top of it.”  Dr. Patel added.  And that means vaccinating, and in turn protecting, everyone we can.

Despite almost a month of complete vaccine availability, much of the United States’ adult population has yet to receive it, but not for lack of trying.  Now that the initial surge has passed and vaccine supply has gone up, the long-forgotten demographic of people who haven’t been able to get vaccinated due to issues of mobility, convenience, infrastructure, work schedules, and so forth are finally being brought to the forefront of the conversation.

In the aforementioned address, President Biden launched an official registration website that bridges the gap between providers and the American public, as well as a phone number that people can text to find nearby site locations and register hassle-free.  In addition, pharmacies and clinics will begin vaccination walk-in hours where people can get their shot without having an appointment.  The government has also provided monetary incentives and reimbursement to companies who offer paid time off for employees to leave work and get their vaccinations on the clock.

Getting the vaccine to the homebound and immobile has already proven to be a more complicated issue.  Currently, it’s estimated that four million vaccine-eligible Americans are stuck at home and unable to access mass-vaccination sites due to health concerns.

In a story published on KFOX14 News, a group of ReadyOne Industries’ employees suffering from blindness and other severe disabilities— despite having tried for months to hail the city of El Paso and the state of Texas for aid in bringing the vaccination to them— had to turn to a privately-owned ambulance company for help.  That company, Life Ambulance, delivered five hundred doses of the vaccine to their location just hours after their first contact.

Another story published on PBS described the predicament of Beth Freeman— a woman with a wheelchair-bound father suffering from a severe case of Parkinson’s disease— who was left without aid after contacting her county and state public health departments directly about securing a vaccine for her father without putting him at risk of exposure.  Freeman spent $1400 of her own money renting a wheelchair-accommodating van to drive her father to and from the vaccination site despite having registered nurses visit and care for him in the comfort of his home twice a week.

These stories demonstrate the dangerous, patchwork inefficiency Biden wishes to correct in his May 4th proposal.  Somewhere down the line, hopefully soon, efforts will be made to mobilize mass-vaccination sites already established as the vaccination rate continues to slow.  Until then, the matter of making vaccines mobile has been left for state governments to address or not address.

The amount of people who are hesitant to get the vaccine has gone down in recent months, but with new variants, new cases, and an increasing number of fatalities all over the world, no number of fence-bound individuals is acceptable.

This is where the Biden administration asked for the help of the public to be open about the vaccine with their family members, friends, faith communities, and acquaintances.  Being willing to have a conversation, describe the experience of being vaccinated, discuss the side effects and symptoms openly and honestly are surefire strategies to fight the dwindling vaccination rate.

Dr. Mary Politi, an expert in health communication at Washington University in St. Louis, also believes that reaching out to each other regarding the vaccine is a good idea.  “People often need to see others in their social circle embracing something before they are willing to try it,” she told the New York Times.  So perhaps what Biden referred to as a “patriotic duty” to be vaccinated can also be extended to the conversations people are having in person and the posts they are sharing on social media.

For those still unwilling to engage in the discourse, companies such as Krispy Kreme, Budweiser, Nathan’s Famous, Target, and many more American-favorite brands are offering freebies and discounts to those who get their vaccine.  Sports fans are lining up at stadiums to get their shots and collect free game passes, Yankees, Mets, and Super Bowl LVI tickets among them.  Additionally, some state governments are considering monetary compensation for the fully vaccinated, but as of right now, nothing has yet been put into force.

With all of this information in mind, it’s important to remember that the coronavirus will not be slowing down to match pace with the vaccination rate.  The surges we’ve seen in the UK, Turkey, India, and other countries are proof enough of the fact that COVID-19 infects indiscriminately and will not accommodate pandemic fatigue or frustrations.  Both Dr. Patel and Dr. Politi, (mentioned above) have emphasized the importance of preparing for more deadly outbreaks in the United States as a result of the lack of people being vaccinated.  “The most pressing challenge remains the same: persuading as many people as possible to get the shot,” said Dr. Politi.  “Over time, if not enough people are protected, highly contagious variants may develop that can break through vaccine protection, land people in the hospital, and put them at risk of death.”  Not to mention, it would restart the vaccination rate at zero, a nightmare scenario for first responders, frontline workers, and healthcare workers.  And possibly a nightmare for everyone.

The final words of President Biden’s address were as follows: “[Vaccination is] not a bi-partisan issue.  This is something we can all agree on.  People who are not fully vaccinated can still die.  This is the choice.  It’s life and death.  Show up.”

We hope that this information on the vaccination rate is useful to you.