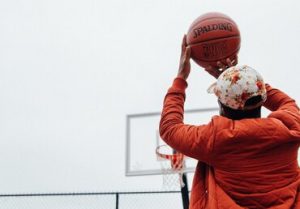 The NBA Board of Governors agreed Monday that the NBA’s new plan is to resume play on December 22 without a bubble. This will be the shortest offseason in NBA history, with 71 days between the final game of the 2019-2020 season where the Los Angeles Lakers won the championship and the beginning of the 2020-21 season.

While the NBA completed its season after the lockdown in a bubble at the Walt Disney World Resort in Orlando, they will begin the new league year playing in their home markets. Some fans will be allowed at games, depending on the current restrictions in the teams’ respective cities. That will present a whole new challenge for the league.

Inside a bubble, COVID-19 was nonexistent as no one was allowed in or out. Once everyone tested negative upon arrival to Orlando, the NBA did not have a positive test in the bubble the rest of the time they were there, which amassed to over 100 days. Without a bubble in place, the NBA and its teams will have to find ways to stay as free of COVID-19 as possible. Until there is a vaccine readily available, there is still a chance that someone can contract it outside of a bubble environment even if they are in safer conditions than most.

The NBA ideally wanted to start in the middle of January around MLK day, but the difference between starting on December 22 and MLK day would have been to the tune of around $500 million. Christmas Day is the NBA’s most important day for ratings and showcases the league’s most popular players and teams with five marquee matchups beginning at 11:30 a.m. central and rolling until midnight with a game on the West Coast. This year, the Mavericks expect to be featured on Christmas Day for the first time in over a decade.

It will be a hectic six weeks or so days for the league. Here is what the calendar looks like:

November 16: Trade freeze lifted. Teams will be able to make trades of players and draft picks with each other

We hope this information on NBA’s New Plan is helpful.