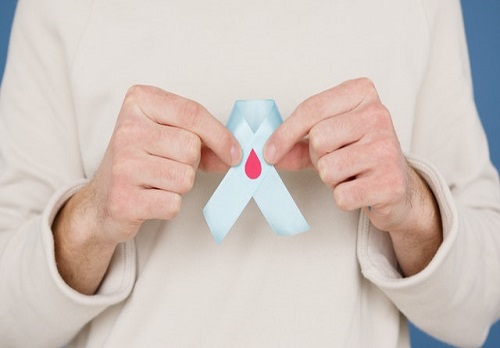 This September marks the 11th anniversary of Blood Cancer Awareness Month (BCAM). September is a concentrated time for supporters and activists of the Leukemia & Lymphoma Society (LLS)– both locally and nationally– to raise awareness, education, and funds in the effort to support those suffering from blood cancers. Blood cancer is the disfunction of normal blood cell growth in the bone marrow, leading to irregular behaviors within the body. The abnormal growth of these blood cells prevents the body from performing many basic functions, such as fighting off infections and preventing blood clots.

Blood cancer is the 3rd deadliest form of cancer, yet many people have little awareness as to what blood cancer actually is, what signs and symptoms to look out for, and what measures may help to treat the disease. ­

There are 3 primary types of blood cancer– Leukemia, Lymphoma, and Myeloma. Leukemia is characterized by the overproduction of abnormal white blood cells in the blood and bone marrow. These abnormal white cells clump around the normal red blood cells necessary for maintaining a healthy body, resulting in a weakened ability to fight off infection within the body. Lymphoma is cancer occurring within the lymph nodes and affects the production of normal white blood cells called lymphocytes. The lymphatic system collects excess lymph fluid and circulates it through the lymph vessels while also transporting healthy lymphocytes throughout the bloodstream. This aids in the removal of bacteria and abnormal cell growth. The irregular transportation of lymph fluid and lymphocytes leads to the creation of cancerous white blood cells (lymphoma cells), that then multiply and gather within the lymph nodes, creating impairments and unnecessary bacteria accumulation in the body. Myeloma is cancer within plasma cells. Functioning plasma cells help fight diseases and produce bacteria-killing antibodies. Cancerous cellular growth within the plasma prevents the production of normal antibodies, resulting in a weakened immune system.

What is World Lymphoma Awareness Day?

September 15th is World Lymphoma Awareness Day. This day was first declared in 2004 by the Lymphoma Coalition, an international non-profit established to raise public awareness of blood cancers such as Hodgkin and non-Hodgkin Lymphoma. Every 7 minutes, someone within the U.S. is diagnosed with lymphoma, which is known to be the most common type of blood cancer in adults while also being the third most common cancer in children. Lymphoma is most often diagnosed in people ages 15 to 35, as well as people over the age of 50. Further research has led to many advances regarding the diagnosis and treatment of Hodgkin Lymphoma and non-Hodgkin Lymphoma.

‘Light it Red’ for Lymphoma

In observance of Blood Cancer Awareness Month, supporters spread awareness by participating in the Light it Red for Lymphoma Campaign on September 15th for World Lymphoma Awareness Day. Launched in September of 2011, this campaign encourages the world to join in by wearing red and lighting buildings in red to bring light to the darkness of this disease. Many people around the world partake in this campaign by participating in the red lighting of public buildings and landmarks. Supporters also host events with red decorations and attendees clothed in red to raise awareness. The campaign creates many fundraising opportunities to support innovative research to brighten the future for those affected by this disease. This builds a strong network of support among survivors and sympathizers, aiding in the effort of hope for a cure for the lymphoma community.

By honoring Blood Cancer Awareness Month and World Lymphoma Awareness Day, you are supporting further lifesaving cancer immunotherapy research through education programs, outreach initiatives, and patient services. The key to eradicating this disease is to raise awareness on behalf of those affected by blood cancers, making September an extremely important month for the blood cancer community.

We hope that this information on Blood Cancer Awareness Month is useful to you.