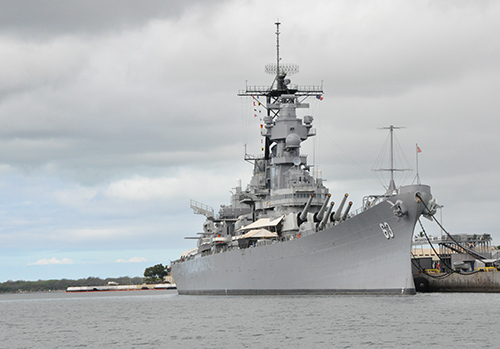 Photograph by John Wolf on Pexels

Eighty-one years have come and gone since December 7, 1941. Many people who lived to see and experience the Second World War and the attack on Pearl Harbor have passed away. Do people today understand how and why these events occurred on the Hawaiian island of Oahu?

Why did the attack on Pearl Harbor happen?

Prior to the horrific events at Pearl Harbor in 1941, Japan and the United States already had a contentious relationship. Japan was seeking to expand its territory after two triumphant wars against China (1894-1895) and Russia (1904-1905) to go along with successful involvement on the Allies-side in the first world war (1914-1918). By the late 1930s, Japan had made inroads into China and committed various brutalities that caused the U.S. to economically assist Chinese forces while also passing economic sanctions against Japan. On September 27, 1940, the fascist German and Italian governments recruited Japan to join the Axis powers and sign the Tripartite Pact. The agreement specifically targeted then-neutral America. The three countries consented to provide mutual aid if either one suffered an attack from a nation not already participating in the second world war.

The U.S. had recently established Pearl Harbor as its Pacific Fleet’s main base in May 1940. Japan’s desire to control the Pacific Ocean with naval dominance further fueled their notions of striking U.S. military forces at Pearl Harbor. The imperial Japanese navy conducted months of preparation to carry out their assault, and not many U.S. military personnel considered a surprise attack on the harbor.

What happened during the attack on Pearl Harbor?

On that fateful Sunday morning, darkness enveloped the Japanese fleet of six aircraft carriers as they forebodingly sent out 183 fighters, bombers, and torpedo planes 200 miles away from their target. After sunrise, the clouds cleared. Hawaiian radio music unknowingly greeted Japanese planes as their humming engines drew closer to hovering over the Hawaiian shore. At 7:55 a.m., the first wave of fighter planes fired upon the United States of America’s naval forces. The surprise of an aerial siege was complete.

The attack killed 2,403 Americans, including 68 civilians. The USS Arizona battleship carried aboard 1,177 of those people killed as it sank into the ocean. The USS Oklahoma battleship and USS Utah target ship also were destroyed and sunk. The USS Oklahoma was the only one of the three to resurface from the watery depths but was damaged beyond repair. The Japanese air assault possessed 353 planes and lost 29 of them in the 75-minute attack. Three Pacific Fleet U.S. carriers were instructed to aid in reinforcement endeavors in the Pacific and were not at Pearl Harbor on December 7. One of those carriers, the Enterprise, was close enough to Pearl Harbor to provide support.

Despite their seemingly victorious efforts, Japanese Naval Admiral Isoroku Yamamoto supposedly did not celebrate. He reportedly wrote in his diary, “I fear all we have done is to awaken a sleeping giant and fill him with a terrible resolve.” Whether the statement was ever said or written down is uncertain. Yet, the attack on Pearl Harbor did awaken the U.S. and force it to participate in the Second World War. Over the next four years, American military forces helped defeat the fascist regimes of western Europe and subdued their pact partner in Asia.

Why was the attack a surprise?

Prior to the attack on Pearl Harbor, there were instances that could have prepared the U.S. service members from being caught off guard. At 3:20 a.m., on December 7, the minesweeper USS Condor discovered a periscope peering from the water outside the harbor’s entrance and reported it to the USS Ward. About three hours later the Japanese small submarine was caught peeking out from the water again. The USS Ward fired upon the submarine and sent a report to the Pacific Fleet headquarters. Unfortunately, the duty officer decided to pursue report verification instead of sounding a general alarm.

At 7:02 a.m., a radar station on Oahu observed an unidentified aircraft flying toward the island. However, an army lieutenant disregarded the report because he thought it was merely a group of U.S. B-17 bombers flying in from California.

Additionally, Japan’s government wanted to present the U.S. with a war declaration before proceeding with the attack on Pearl Harbor but coding and message delays prevented the declaration from reaching the U.S. government until after the attack began.

How can I learn more about Pearl Harbor?

Eight-plus decades have gone by, and few people remain alive that still remember the day that lived in infamy. If you want to learn more about Pearl Harbor, you can visit one of the 132 World War II museums in the U.S. or consider watching a historical documentary.

Have you ever seen a Hollywood movie depicting Pearl Harbor? Some theatrical features do not necessarily capture the steps that lead up to the surprise attack on the American naval base. Yet, for those who want to see a film with a more historical account, this writer would recommend viewing the ‘G’ rated 1970 film, “Tora! Tora! Tora!”

If you would like to learn more about American history, please read about the Declaration of Independence.

We hope that this information on remembering Pearl Harbor is useful to you.