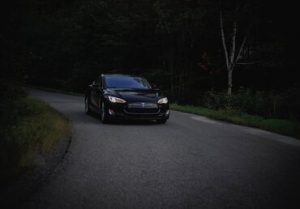 California Governor Gavin Newsom signed an executive order banning the sale of gasoline and diesel-powered cars by 2035 as the rise of electric cars continues. In an effort to reduce the earth’s carbon footprint, Newsom’s hope is that California can be the first of many states to move away from the internal combustible engine cars.

This comes off the heels of Tesla CEO Elon Musk stating that by 2023, Tesla will be rolling out a new, affordable model at a price point of $25,000.

The executive order administered by Newsom instructs the California Air Resources Board to develop a plan that would require a market where 100% of cars on the road are zero-emissions. This plan would phase out gas-powered personal and commercial vehicles by 2035. Additionally, as many medium-duty and heavy-duty vehicles deemed feasible by 2045. Hakan Samuelsson, CEO of Volvo, said that by 2035 “we could be having a serious discussion about banning the internal combustion engine, and not just in California.”

California is the largest new car market in the United States, with a total of 1.8 million vehicles sold in 2019.

China has also begun the car regulation process to alleviate greenhouse-gas emissions from cars while cultivating the electric vehicle market. For years, the city of Beijing has offered subsidies and tax breaks for its population to buy electric vehicles, put a limit on new conventional-vehicle registrations, and developed a domestic electric-car and battery industry that is competing with Western manufacturers.

In 2019, 2.8% of car sales worldwide were electric vehicles. However, by 2035 when the California ban goes into effect, electric cars are expected to be approximately 50% of all cars sold in the world, and 80% by 2050 according to the investment bank Morgan Stanley.

In the future, governments could take a page out of China’s book by offering tax breaks and other incentives for people to go the electric car route and expedite this process before 2035.

While Tesla has been on the market for almost a decade now, the move towards electric vehicles has been a very slow process. With the California ban, the process could be expedited and more people could be moving in the electric direction soon.

We hope this information about the rise of electric cars is helpful.