Recently, we have all seen how the coronavirus has negatively impacted our economy. We have also heard some experts claim that we are currently in a recession, some going so far as to envision a Great Depression-like economy in the future. These are tough times for every, regardless, so it is important to understand the difference between an economic depression and a recession, and what they could mean for your finances. Many companies have already suffered as well over 10 million people now find themselves unemployed. How the economic crisis is labeled affects the response, so economic experts weighed in on how they define economic depression vs. recession.

An economic depression is uncommon and lasts a lot longer than a recession. A depression is comparable to multiple recessions with no break in between, these last for years rather than 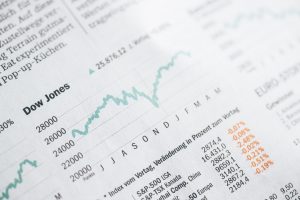 months. Since 1854, there have been 33 recessions and only one depression (the Great Depression of the 1930s). Many people have become fearful because a high unemployment rate is one sign of a depression, however, these are not circumstances where the economy could not afford for people to be employed. Also, many other conditions would have to factor in as well.

The economy needs to deflate for at least two fiscal quarters in a row – each quarter being three months long. This is measured by GDP – or the total value of goods and services produced in a country. Recession is easily defined as a period of at least 6 months when GDP decreases rather than increases. GDP must rise above pre-recession levels for a recession to be over. Ultimately, a recession can’t be defined until half a year has passed, while a depression really can’t be identified until after it has occurred.

In the war battle between economic depression vs. recession, experts have actually identified our current economic state as an “economic downturn,” but have admitted the situation could change. People can rest assured that, while these are abnormal circumstances, economic downturns are common for a healthy economy. There will always be highs and lows to every economy, especially as certain trends come and go. The difference with what we are experiencing is that this downturn was not caused by a natural shift or change in the economy, it was sudden and unexpected. Further, while it is not safe to keep businesses open, the economy cannot correct itself and things will get worse before they get better.

How is this Being Addressed?

For starters, the $2 trillion stimulus package was a boost from the government to keep everyone afloat during these trying times. U.S. taxpayers received up to $1,200 each and loan

programs were established for many businesses. It has been reported that the Federal Reserve will continue to keep interest rates low, some even at 0%, for the foreseeable future. Ideally, people will continue to want to borrow money and spend, which should help boost the economy. The most obvious way this downturn is being addressed: the race for the cure. Doctors and scientists are working tirelessly to come up with a vaccine for COVID-19, though it will likely be another year or so before any vaccine can be approved. In the meantime, do your part to stop the spread of the coronavirus. As always, stay in your homes as much as possible. Wash your hands and disinfect surfaces in your home and cars regularly. If you are still going to the office each day, sanitize your hands regularly throughout your shift and keep your workspace clean. If you feel sick, do NOT go to work, for your sake as well as those around you. Maintain a safe distance from people in public at all times, but most importantly: maintain your health! Reach out to your doctor by phone before going into a clinic or hospital. Finally, if you are able, support local businesses. Continue to order from restaurants in your area and shop online for things you want from your favorite stores (now is a good time to order your favorite books, some cozy lounge-wear, etc.)