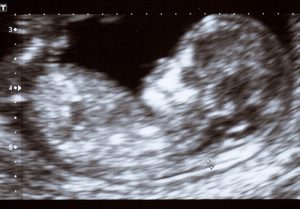 Microplastics were found in human placentas for the first time. While it has been made clear that plastic is a problem within our environment, a new study sheds light on the alarming news that plastic is also invading the placenta and likely the developing baby. This is a concerning revelation and warrants further investigation. There are many speculations about the potential effects of microplastics being present in the placenta.

The study took place in Italy in 2020 and was published later that year. Six consenting women, who experienced healthy pregnancies, joined the study and donated their placentas. Researchers took great care to implement a “plastic-free protocol” to make sure none of the placentas had been contaminated with plastic during birth and delivery to the lab. Upon analysis, researchers were alarmed to find that microplastics were present in four out of the six placentas. Twelve fragments were discovered in total and were found to be in the maternal, fetal, and amniochorial membranes—essentially all divisions of the placenta.

Since researchers examined only a small percentage of the placenta, they estimate that the actual number of microplastics present was much higher. Two out of the six did not contain microplastics, suggesting that diet and lifestyle factors may play a role in the risk of microplastic accumulations. Based on previous studies, it is thought that microplastics may be able to enter through the respiratory or digestive system. One hypothesis includes the possibility of microplastics passing through loose cellular junctions (leaky gut) within the digestive tract as a means to make it into the bloodstream.

There are many concerns surrounding this as plastic and the chemicals within it are known to cause harm to the human body. Researchers are concerned that microplastics could be affecting the placenta and the very important role it plays in pregnancy. While more investigation is necessary, researchers worry that microplastics could interfere with functions of the placenta such as immune function and regulatory signaling. Researchers speculate that this could lead to “adverse pregnancy outcomes including preeclampsia and fetal growth restriction.” This study was the first in the world to expose microplastics in the placenta, and hopefully, it has opened the door to further investigation down the line.

We hope that this information on microplastics found in placentas is useful to you.