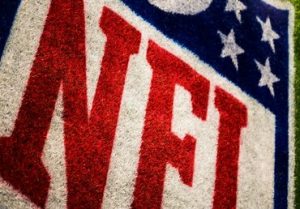 Vaccines or Nil: The NFL Cracks Down on COVID-19 as Season Approaches

The NFL’s new COVID rules are sending a clear message: get vaccinated or risk losing games. As part of the new protocol, the NFL announced that teams who do not have the proper personnel to play games due to COVID outbreaks within their ranks will be forced to forfeit. In addition to receiving a loss in the standings, both the team with the outbreak and their opponent will be forced to forfeit their game check for that week. In the NFL, players are paid on a per-week basis during the season. If the game is not played, neither team will be paid. Additionally, the new protocols state that vaccinated players will be tested for COVID every 14 days, while the unvaccinated will still continue to be tested on a daily basis.

The news comes amid skepticism from players throughout the league about taking the COVID vaccine, questioning what it will do to their bodies as professional athletes. Former Dallas Cowboys and current Buffalo Bills receiver, Cole Beasley, has been one of the most famously outspoken players against the vaccine. Joining Beasley, Arizona Cardinals receiver Deandre Hopkins has recently come out and said that the new rules may force him to consider early retirement.

“Never thought I would say this, but being put in a position to hurt my team because I don’t want to partake in the vaccine is making me question my future in the NFL,” Hopkins said in a since-deleted tweet. The NFL played its full season in the Fall of 2020 with minimal hiccups– in fact, the vast majority of games were played on schedule. With increased capacities, reduced masking, and social distancing, the NFL faces a plethora of challenges in regard to completing the upcoming season. The NFL considers a team fully vaccinated if 85 percent of the players and staff members have received the vaccine. As of now, 75 percent of the league has received at least the first dose of the vaccine. Most teams will have full-capacity crowds starting the fall. To put that in perspective, the AT&T Stadium, the home of the Cowboys, can hold up to 100,000 audience members, and so every game has the potential to become a super-spreading event. Despite these harrowing numbers, the season is set to kick off on September 9 when the Cowboys visit the Super Bowl Champion, the Tampa Bay Buccaneers.

We hope this information on the NFL’s COVID message was helpful and informative.

If you’d like to learn how we can help you plan your retirement, call Empower Brokerage at (888) 539-1633 to speak to one of our Life and Annuity experts!