Skip to content
Home » life » What is a bear market and how did we get here?

What is a bear market and how did we get here?

As of March 12th, 2020, the S&P 500 officially hit a bear market. This is the first time since October 9th, 2007 – March 9th, 2009. This was the precursor to the “Great Recession of 2008.” Now, what is a bear market? A bear market is defined as, “a condition in which securities prices fall 20% or more from recent highs amid widespread pessimism and negative investor sentiment. Typically, bear markets are associated with declines in an overall market or index like the S&P 500, but individual securities or commodities can be considered to be in a bear market if they experience a decline of 20% or more over a sustained period of time—typically two months or more.” states James Chen, of Investopedia.

What is the history of the bear market?

Bear markets are usually bad news for many investors. Unfortunately, bear markets tend to lead to recessions. We have seen a bear market before the great depression and also the great recession. “Bear markets are often accompanied by an economic recession and high unemployment, but bear markets can also be great buying opportunities while prices are depressed,” states Mark Kolakowski of Investopedia. However, the market will eventually recover, large companies don’t just disappear. With that being said, it might not be a good idea to pull all your money out of the market, after all, that’s what causes a recession.

How can Americans protect their assets? 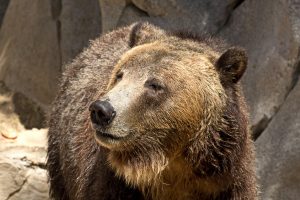 William Bronson, the Marketing Director for Empower, says this, “Americans can protect against a recession by not worrying about a recession and not being too cautious about spending money. The thing that catapults us into a recession is news saying it’s about to happen and then people stop spending money” The first priority to prevent a recession and protecting your assets is to keep spending money, I don’t mean that you should spend more than you have been to try and keep the economy afloat because you by yourself can’t do that. But don’t stop living your life, don’t stop going out to eat or purchasing everyday necessities.

How did we get to a bear market?

As the WHO (World Health Organization) declared COVID-19 an official pandemic. This caused the dow to close down over 1,400 points, ending its historic bull market. This caused the S&P 500 and the NASDAQ to follow suit the following day. At the end of the day, investors were too worried about the possibility of a stock market crash that they began to pull their money out of the market and help create the panic that we see today, Be wise with your investments and money, the market is extremely volatile right now. However, it’s still possible to make smart financial decisions and set yourself up for success.