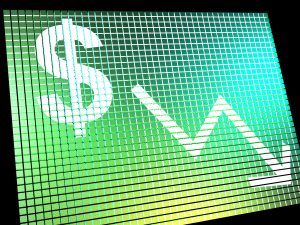 Over the past few months, lawmakers and economists have worried about hyperinflation with the introduction of trillions of dollars into the United States economy. So what is hyperinflation and how does it work? “Hyperinflation is a term to describe rapid, excessive, and out-of-control general price increases in an economy. While inflation is a measure of the pace of rising prices for goods and services, hyperinflation is rapidly rising inflation, typically measuring more than 50% per month,” states Will Kenton in an Investopedia article.

Could this happen in the US?

It takes a significant amount of money to be printed with zero backing by the federal government (or other countries) for hyperinflation to occur in the United States. The United States dollar is the world’s base currency, meaning the dollar is the most stable and most sought-after currency in the world. “The Federal Reserve, headed by Jerome Powell, is projected to have purchased $3.5 trillion in government securities by the end of 2020 with newly created dollars, one of many tools it is using to help prop up the ailing economy during the COVID-19 pandemic,” stated Brent Schrotenboer, in a USA Today article.

How much has this pandemic cost the US Government?

So far, the government has spent more than $6 trillion on the coronavirus pandemic. This includes the CARES act, federal reserves buyouts, and loan programs established by the fed. With that number expected to rise with a new stimulus package, we could add trillions more to our already substantial US Debt. “In late February the Trump administration said it planned to spend $2.5 billion to fight the coronavirus. A month and a half later, President Trump signed off on spending almost a thousand times as much — $2.35 trillion. And that amount doesn’t include the Federal Reserve’s efforts, which are harder to measure but seem likely to blow past the $4 trillion marks,” says Andrew Van Dam, a reported for The Washington Post.

What could happen if we get hit with a second wave?

Health care providers are warning of the second wave of COVID-19. Many health professionals, including WHO (The World Health Organization), are predicting much higher case numbers and deaths amid a second wave. Our economy could also take a much bigger hit the second time around. Economists predict that if we are forced into a second lockdown, many more businesses could go under. “The push to reopen the economy is making a W-shaped recovery very much more likely,” said Jeffrey Frankel, professor of capital formation and growth at the Harvard Kennedy School. A second dip could be even worse than the initial dip we saw from March to May. The dip could also last longer. Several big businesses are already struggling to stay afloat and thus are spending millions on loans to keep their doors open or their business afloat. If a second wave hits, that could be the final nail in the coffin for some big names out there, like AMC, Delta, Dave and Busters, and more.

If you have questions about COVID-19 or symptoms of COVID-19 visit the CDC’s website for more information on how to protect yourself or how and where to get tested. If you are experiencing symptoms be sure to follow the CDC Guidelines and self-isolate.