Skip to content
Home » life » Why is having a final expense plan so important?

Why is having a final expense plan so important?

Final Expense is an important part of anyone’s financial well being. Leaving your family with an expensive bill can be more than burdensome. Final Expense plans can be relatively inexpensive and they help cover that final cost and can get rid of that burden for your family entirely. 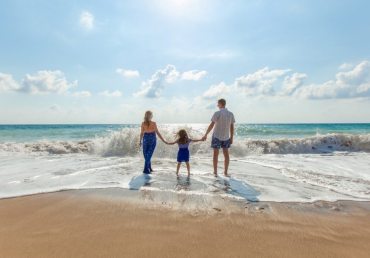 I wanted to cover this because it’s the true-life experience with a client that I had. It had to do with final expense. It could be at any age quite frankly. From someone who’s in their 20s all the way to late age they say 50, 60, 80 years old. It doesn’t really matter. The experience here was a family I was sitting with had just learned that their mom’s cost for her funeral was not completely paid for. They were all deciding who in this family was going to take care of or pay off that funeral expense. There are many parts of the services that they want to take care of and it wasn’t cheap. But it wasn’t super expensive either. It was in the range of being pretty average I’m just gonna make up a number here of $15,000 and the family was undecided about who’s going to take care of the cost.

Who foots the bill?

Who’s going to pay for this? Well there is a way in which a family member could get a policy for their parent or for their loved one to make sure that at least the final funeral costs are paid for. Those are very affordable plans. Had they taken care of this ahead of time all of the proper planning that the parent had already done. However, paying for the final funeral cost was not done. Because of her untimely death, they didn’t have the money to cover the funeral costs. Something that could have been avoided and the heartache of having to deal with that as well could have been alleviated. So keep it in mind that even final expense on someone who’s young or someone who’s older is something that we can help you with here at Empower Brokerage. Final Expense is something that really needs to be taken care, both for the person that passes, but also for the family that is left behind. You could be on the hook for thousands of dollars that you don’t have. Give us a call, let us help you and your family.