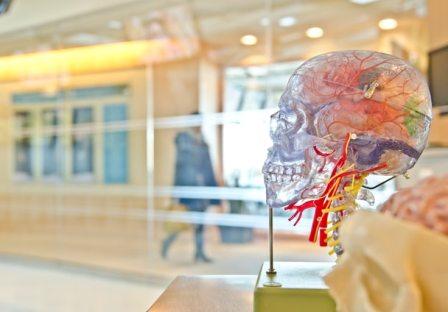 Over 50 million seniors aged 65 or over in America, today. Approximately 5.8 million of these seniors suffer from Alzheimer’s dementia. As the sixth leading cause of death in the United States, Alzheimer’s is a scary reality for many; however,  one life insurance company is following the lead of Japanese insurers SOMPO Himawari Life and Dai-ichi Life in offering digital cognitive assessment tools to policyholders to prevent and counteract cognitive health concerns like dementia.

On World Alzheimer’s Day, September 21, digital health company Neurotrack announced its partnership with Hannover Life Reassurance Company of America (Hannover Re US) to improve the way Americans approach cognitive health to combat and prevent some of the negative mental effects of aging.

A Gateway to Remote Cognitive Assessments

There is currently no cure for Alzheimer’s and other dementia-related illnesses. The few Alzheimer’s medicines that do exist treat only the symptoms of the disease and are ineffective at slowing or stopping the progression of the illness over time. The solution, then, is to assess brain function through skills like processing speed, recognition memory, associative learning, associative memory, and spatial working memory to measure a brain’s current cognitive function and predict its potential future decline. By recognizing potential cognitive issues early, steps can be taken to minimize function loss over time and create targeted lifestyle goals and changes to benefit brain health throughout an individual’s life.

Hannover Re US became the first American life insurance company to partner with Neurotrack in September of this year. The partnership will allow Hannover Re US’ clients access to Neurotrack’s state-of-the-art Cognitive Health Program, which will track their cognitive health over time and help them manage their risk of developing Alzheimer’s. It will also allow the company’s underwriters with Neurotrack’s Cognitive Assessments, which will provide them the ability to process new policies and claims regarding clients with Alzheimer’s remotely and reliably.

Neurotrack was founded in 2012 to provide tools to assess and maintain cognitive function to people everywhere. Investors, neuroscientists, caregivers, and patients around the globe back the organization, which has a track record of success, shown by the rapid growth of the investments in its products.

Hannover Re US is a North American life and health reinsurance subsidiaries of the Hannover Re Group, which is licensed and/or accredited in all 50 states, the District of Columbia, and Puerto Rico. The group is the third-largest reinsurer internationally and transacts all lines of both life & health and property & casualty coverage. Its network includes over 150 representative offices, branches, and subsidiaries.

We hope this information on how life insurance company Hannover Re US is partnering with Neurotrack to improve cognitive health is helpful to you.